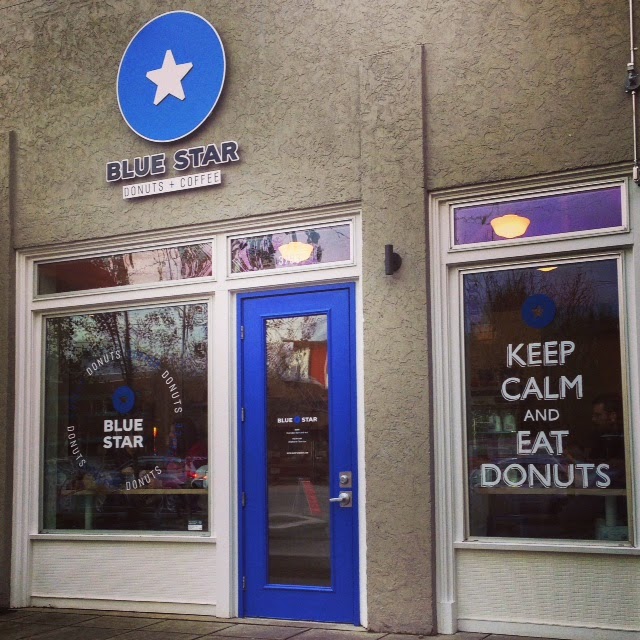 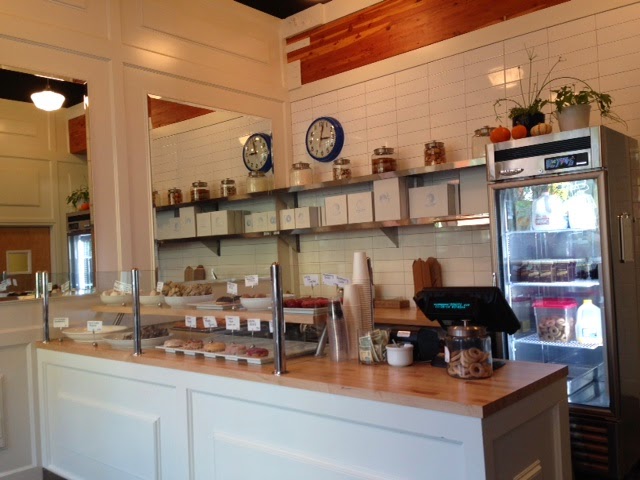 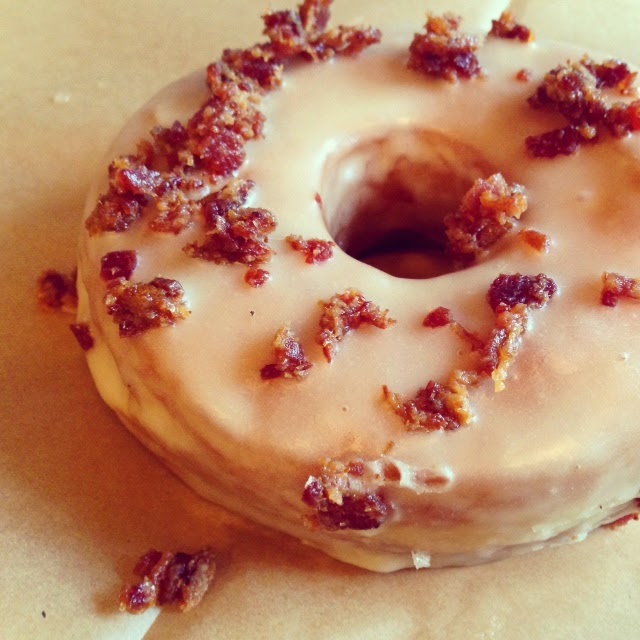 A favorite aspect of mine, thus far, about our new home is the myriad of donut options available.  This was sometimes hard to come by in New York (and Astoria particularly). Sure we had our Dunkin' Donuts and Tim Horton's, but what I'm referring to are the fancy, sophisticated and often creative donuts that a market like Portland over-delivers on.

Blue Star Donuts happens to be one of these shops, and I'm happy to see they've expanded to the North East part of Portland.  While I've written about them last month when Dan brought me a special delivery to New York, this time, I got to eat them fresh and there's no comparison.

Atmosphere:
Located on North Mississippi Avenue, Blue Star Donuts occupies a small storefront in the same strip as Little Big Burger and The Meadow.  It's hard to miss, especially given its characteristic blue facade and fun "Keep Calm and Eat Donuts" sign.

While the interior of the shop is small, it's well designed and you can definitely find a common denominator with its Downtown sibling.  The aesthetic is the same, and I'd describe it as "urban country" with white tiled walls, rustic wood trimmings and plenty of space to display their piece-de-resistance donuts.  There's a few spots to sit along the two large windows up front, but it's more of a grab and go type of place.

Donuts:
I've now tried a few different varieties here and this time I wasn't going to mess around, going straight for the maple bacon donut.  This beautifully round fluffy donut, as you can see, packs a punch for your tastebuds, as each bite is a pleasant medley of sweet, smoky and salty.  The bacon crumbles are plentiful, as they should be and sometimes flake off the donut, making you work for.  After all, if you're indulging this much, you might as well earn it.

Service and Cost:
Given that we went into the shop in the middle of the day, it wasn't too crowded and we were helped right away.  There's nothing remarkable to note about the service but no complaints either.

Costs are pretty standard for fancy donuts, at around $3 each.  Dan also got a Stumptown coffee and together we paid around $6.50.