Happy Hour at Halibuts - Fish, Chips, and Chowdah for Only a Couple of Clams 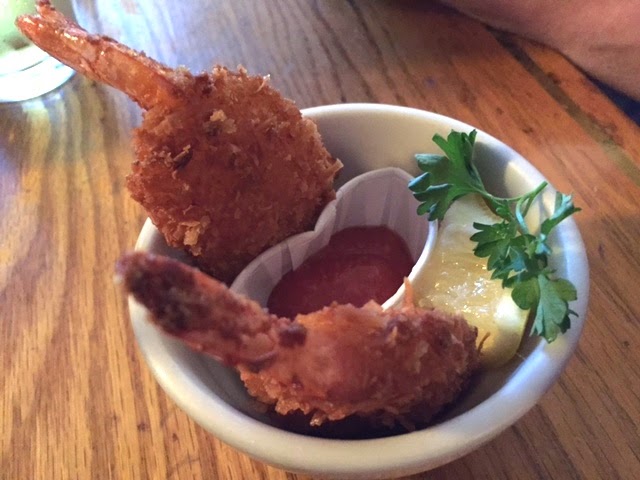 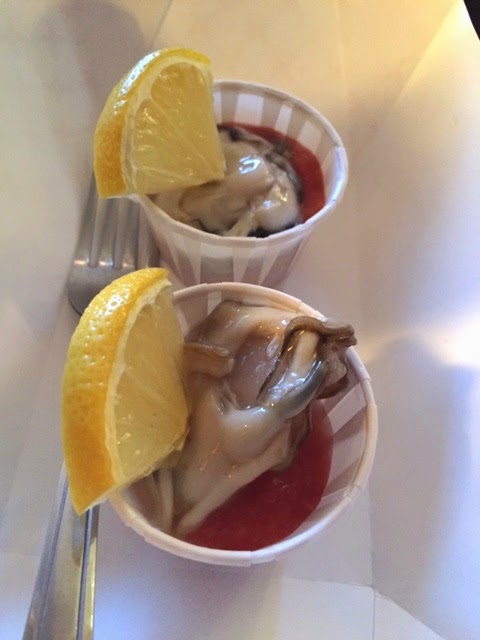 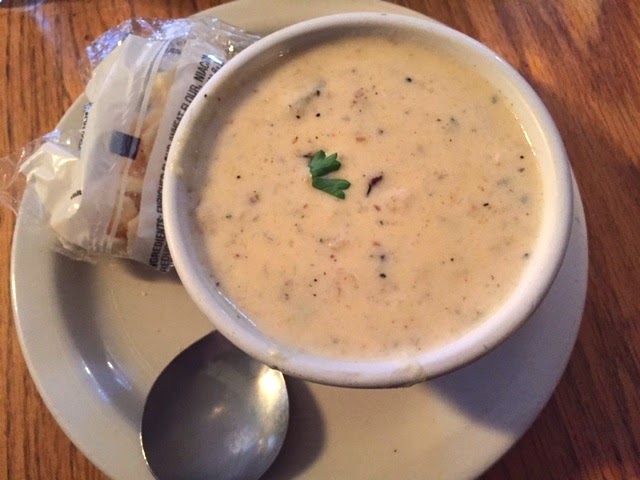 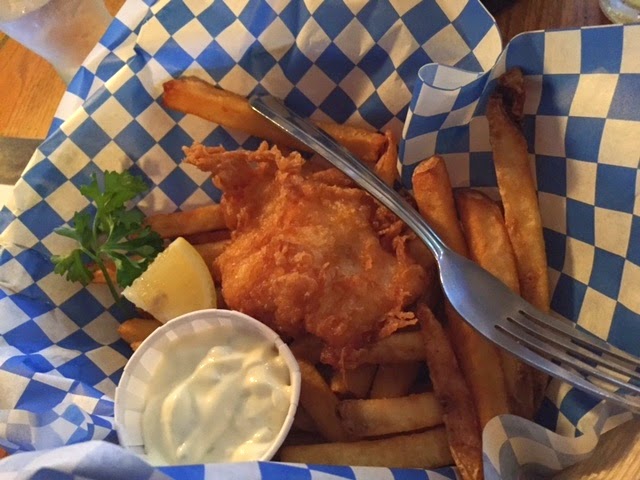 Fooditka and I finally got around to checking out The Original Halibuts the other day.  We've been meaning to go pretty much since we arrived in town; we pass by it almost everyday, as it's right in our neighborhood, and we know they have a happy hour deal.  I'm actually surprised it took us so long to get there, but you know what they say: you can't eat all of the places all of the time.  Well sometimes good things are worth the wait, and this was one of those times.  Let's get to it.

Atmosphere:
Halibuts is in a great location, between 25th and 26th street on Alberta.  There are a lot of other restaurants, bars and shops nearby, keeping the area pretty busy.  Halibuts fits right in.  Like many of the establishments along that stretch of Alberta, it has its own unique style that also vibes well with the rest of the neighborhood. The restaurant is split into two sections; half of the place is a no-frills fish and chips counter and a couple of tables, and the other half is a bar/lounge type of place that features live music Thursday through Saturday Night.  The lounge half is called Halibuts II, and that's were we sat.  It's a nice space with a bunch of tables, and a lot of posters and artwork that reflect all of the live blues music that goes on there.  It was still happy hour time so there wasn't any live music, but the bartender/waitress had her Pandora going, and it was pretty chill.  There were several people inside, also presumably taking advantage of the happy hour.

Food:
The reason we went in was for a nice piece of fried cod and a basked of french fries, but Halibuts has plenty to offer outside of fish and chips.  The happy hour menu has quite a few selections on it including clam chowder, oyster shooters, coconut prawns and a few other things.  Well drinks and Long Island Ice Teas are discounted, and there's a pint of PBR for $1.50.  Between the two of us, we hit most of the menu.

Clam Chowder - The chowder, CHOW-DAH! as Freddie Quimby would say, was very good.  I'm a fan of clam chowder, especially New England style, but I rarely get it, so this was a treat.  Rich and creamy, and mighty flavorful, I regret not getting my own cup and only having a bit of Fooditka's.  If I would have any criticism of it, I'd say it could be a bit chunkier, with some more chewy bits of clam in there, but I'm nitpicking now. It's a solid chowder for sure.

Coconut Prawns - These were delicious as well.  The coating was perfect, and the cocktail sauce was out of this world.  It was super heavy on the horseradish, which made each crunchy bite of prawn all the more exciting.  They cost $1.25 a piece, but they were pretty big and mighty delicious.  I would have gotten another, but we ordered plenty of food, so I'll have to wait till next time.

Oyster Shooters - Another bullseye, the oysters themselves were some of the biggest, plumpest I've ever eaten.  Seriously, they were huge, to the point of being almost intimidating.  Served in a dixie-cup with some of that rocket-fuel cocktail sauce, they went down very easily.  Fortune smiled upon me somehow, as the waitress brought me two instead of just the one I ordered, so I got to double down.  Yum.

Fish and Chips - Finally.  After all that goodness, I thought we might not have room for the main dish.  We did though, not to worry.  Any of the fish can be cooked gluten-free, and it costs the same as gluten-full, so I opted for the no gluten option.  Fooditka got the traditional variety, and I'll say hers definitely looked like the tastier of the two.  Mine was really good, though.  The cod is incredibly white and flaky, and the overall crunch and flavor of the batter was right on.  The tartar sauce was also terrific, with a tangy creaminess that complements the crunch impeccably.  It's like they have their own genius saucier on retainer cranking out these diabolical twists on traditional condiments.  The other half of the dish, the chips, were as well executed as the rest of the food, and went equally well with both the tartar and cocktail sauces.  The happy hour portion is one piece of cod in a decent sized basket of fries.  Other varieties of fish are available, in either full or half orders that you order off the regular menu.

Service and Cost:
The waitress/bartender was by herself, but she did a fine job, and all of our food came out quick and hot.  She was friendly and polite, and took good care of us.  As we stuck to the happy hour menu, the final bill was totally palatable at around $15 for the food, plus the drinks.  I can't wait to go back.