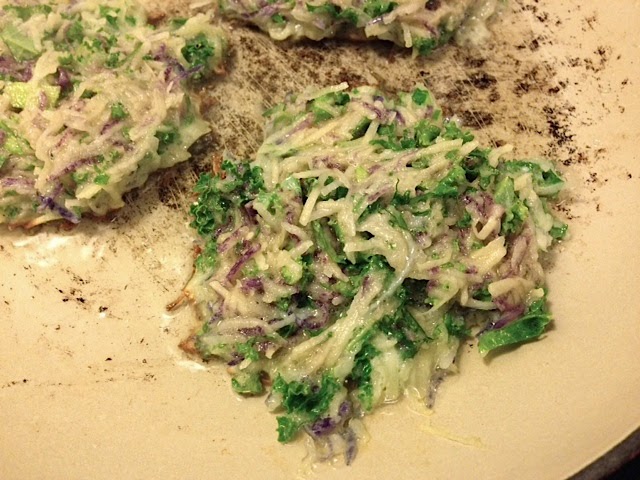 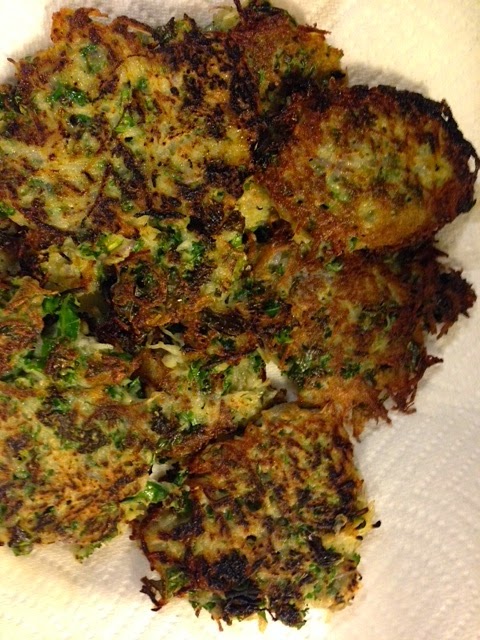 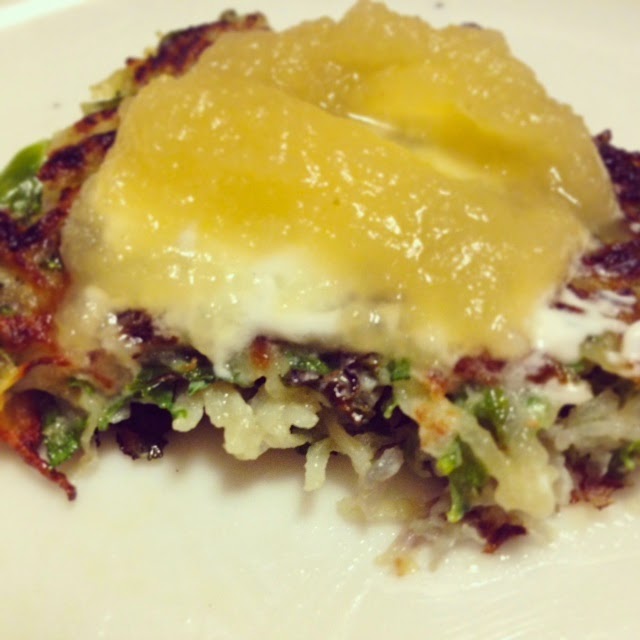 As Hanukkah comes to a close, I wanted to leave you with a fun variation for latkes for the last night, which is tomorrow.  Starting with the original latkes, which are simply made of potato and egg, I thought to change things up a bit tonight and created this fun heirloom potato and kale variety.

Inspired by a recipe I saw in Food Republic, I decided to make kale one of the star ingredients.  I can't say I followed the Food Republic recipe at all, but it provided some good tips on how to prepare the kale.  Here's my recipe, which I think is a lot easier and faster.  Enjoy on the last night of Hanukkah!

Directions:
Combine the potato with the kale.  Add egg until the batter sticks together and then season with salt and pepper.

Fry in a hot skillet until browned on both sides.  Eat fresh and top with apple sauce and sour cream, if desired.
Posted by Fooditka