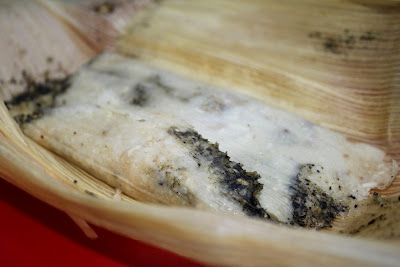 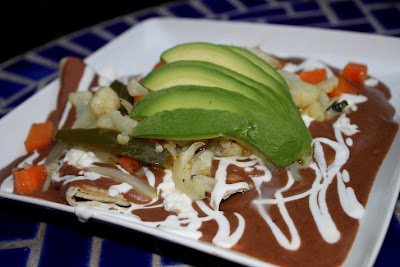 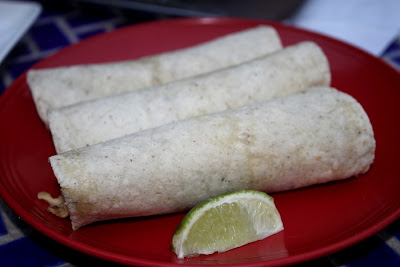 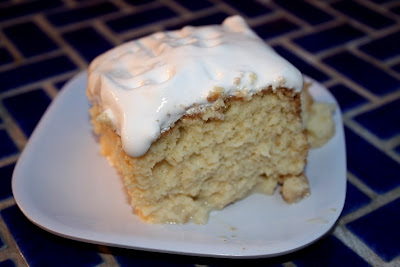 Yet another yummy and convenient place to eat before or after the U.S. Open (or anytime for that matter) is Tortilleria Nixtamal.  After a fruitful 7 hours of straight tennis watching, Meg and I headed over to this place, famished and ready to consume awesome Mexican food.

I've been to Nixtamal once before and absolutely loved it, Meg also being a huge fan, having visited this place half a dozen or so times.  We couldn't wait to try some of their new specialties and old standbys too.  Here's what we had:

Tamale Verde - I remember loving the tamale here last time, so I was of course down to have it again.  And just like the first time around, it surpassed expectations, being perfectly hot on the inside, with a firm exterior but a wonderfully soft interior, stuffed not only with a creamy corn mixture but also with spicy chunks of pork that tantalized your tastebuds.

Chicken Tacos - Meg mentioned these to be her favorite, so we of course got them and enjoyed them to the max.  Stuffed with good quality white chicken meat and salsa verde, the tacos were juicy, flavorful and satisfying.  The best part about them were Nixtamal's famous homemade tortillas, which loosely hugged the yummy chicken contents.


Cauliflower Tortilla Special - I forget the official name of this dish but it was soo soo good.  Being that it was a daily special, we were eager to try it, since you never know when it would surface again.  Wow oh wow, was it good.  First off, it looked wonderfully colorful, showcasing bright green, orange, brown and white tones.  It was basically a tortilla, stuffed with small bits of cauliflower and cheese, slathered in a luscious refried bean sauce and further topped with velvety crema.  In addition to these ingredients, other veggies such as carrots, peppers and more cauliflower were interspersed throughout.  I liked this everything-but-the-kitchen-sink format very much and even though it had tons of ingredients in it, they were thoughtfully put together.

Tres Leches Cake - Meg suggested this dessert, and I was only too happy to oblige.  Although I was slightly disappointed to find out that they don't make it in-house, its amazing taste absolutely made up for it.  Not only was this cake wonderfully moist and almost milk-like, it had a delicious coconut meringue topping that raised its level of excellence.  Each spoonful was total bliss, and it's something I'd  naturally get again in a heartbeat.

Service and Cost:
Overall, I was very confused by the service and would call it hit or miss.  For example, when we arrived, we waited about five minutes before anyone even noticed we were there.  In fact, we had to go up to someone and ask if we could be seated.  Once we were, they didn't neglect us at all, but I was so puzzled by how many different waiters and waitresses we had (maybe 3 in total).  Although service isn't a strong point, it's also not a deal breaker.

Costs continue to be great deal and for the food I just described, we paid $17 each with tax and tip. Increible!