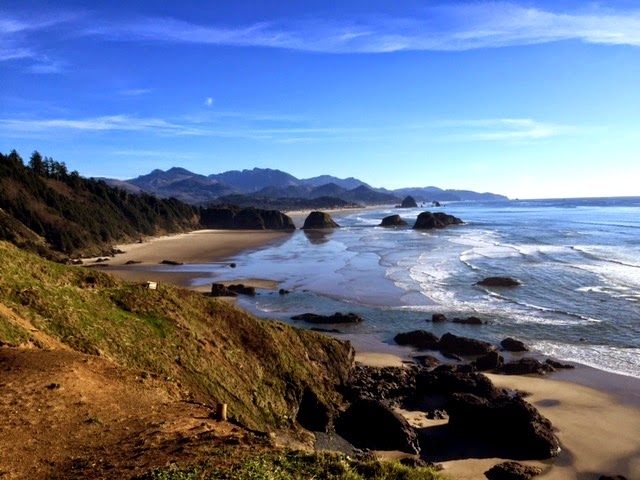 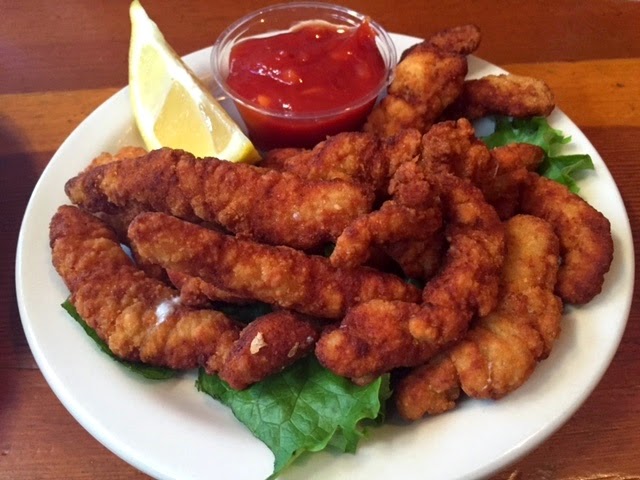 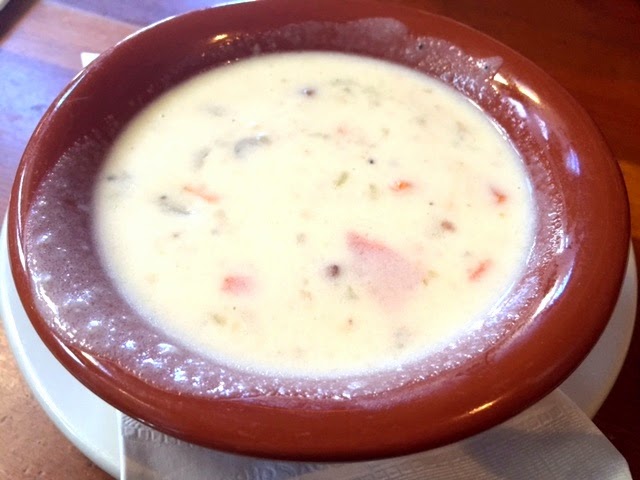 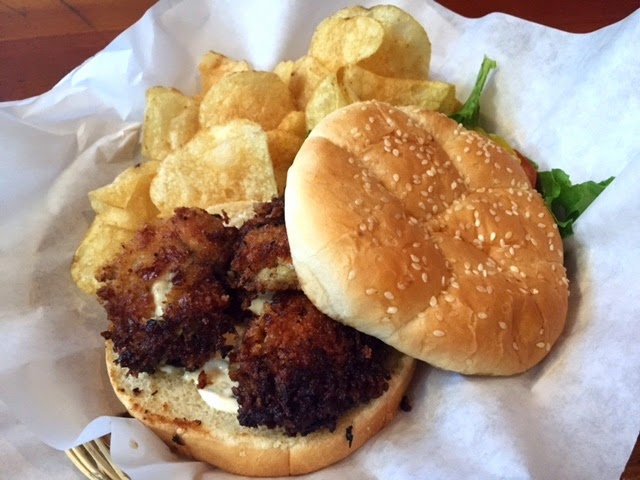 It's been unseasonably warm in Portland lately, with 60 degree sunny days without end that Dan and I have found ways to take advantage.  The great thing about working from home is that you can easily shift your work schedule to the night time so you don't waste any of that beautiful sunshine.  So...off we went to explore the Oregon coast to the beautiful town of Cannon Beach.

Once we got there, we were welcomed with a charming little thoroughfare area on Hemlock Street where one can walk around, pop into quaint little souvenir shops and find some delicious food to eat.  Something we were particularly craving was fresh seafood, which we missed from living in NY, so we stopped at Bill's Tavern, a local brew house with plenty of seafood options.

Atmosphere:
Situated right in the heart of town, Bill's offers a great stop for lunch.  The first thing you notice is their front porch seating, which looks inviting but isn't that plentiful.  On a lovely day like today an outdoor table was tricky to snag so we sat inside and found a private booth.  In addition to booth-style seating, Bill's also has traditional tables and overall, I think they're pretty good at turning them around quickly.  The service is super casual so when you walk in, you can immediately seat yourself and wait to be served in just a few short minutes.  Arriving during prime-time lunch service, we found the dining room to be buzzing and full of hungry visitors devouring heaping plates of seafood.

Food:
As I already mentioned, we came for the seafood and this is exactly what we concentrated on during our meal - hitting all the major seafood groups.

Fried Clam Strips - Dan had a hankering for these so we ordered them immediately and were thrilled with the results.  Not only were they fried to perfection, sporting a beautifully golden crust, the clam strips were really meaty and fresh, boasting a good batter to clam strip ratio.

Clam Chowder - We hadn't had a solid clam chowder in months now, so this was definitely in order and again, we were wowed.  Satisfied with the consistency of the soup, it was nice and chunky, studded with tons of clammy bits as well as veggies such as potatoes, celery, and even smoky bits of bacon. The broth wasn't too rich and helped us work our way to the main course.

Oyster Burger - This dish was totally new to me, and it sounded pretty innovative.  What arrived was nothing short of spectacular, as we welcomed three crispy oyster cakes, topped with homemade tartar sauce and all the traditional burger fixins.  While Dan wasn't in love with the soft bun, I thought it was lovely and did a great job of letting the flavor of the seafood shine.

Service and Cost:
Due to its no frills atmosphere, the service was also simple, honest and efficient.  We noticed just one server but he did his job well and there was another person who bussed the dishes.  Overall, we were in and out of there in about 45 minutes, which was perfect because it allowed us to maximize the glorious weather outside.

Costs are competitive, especially given that this is a touristy area and in the heart of Downtown Cannon Beach. We walked out of there paying around $30 including tip.