Learning Up a Storm at the Food Book Fair 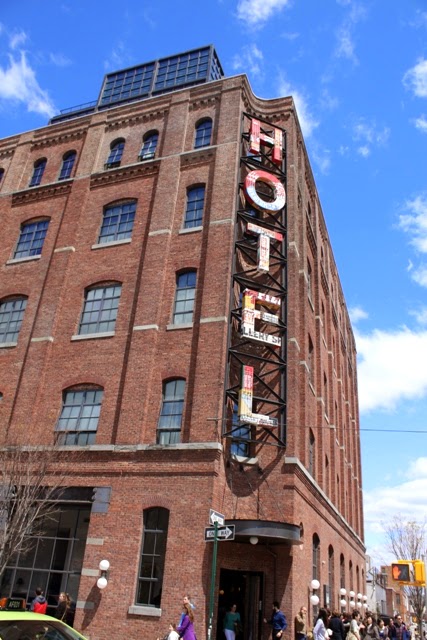 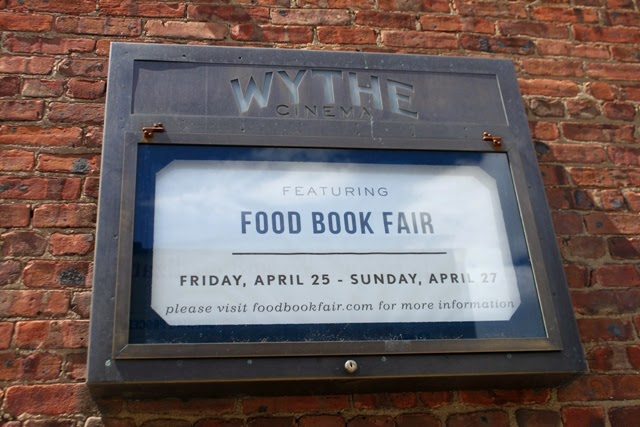 Last week, I had the good experience of (for the first time) visiting the Food Book Fair.  Now in its third year, the Food Book Fair was founded by Chef and artist, Elizabeth Jones with the purpose of “uniting food enthusiasts, chefs, artists, writers and publishers to celebrate the intersection of food, culture and food systems.”

The events throughout last weekend very much stayed true to this mission, as one got to hear from all sorts of people in the food business—not only chefs, but also business people and folks who came into the food world by way of something else.

Over the course of last weekend, I attended a few panels, performances and screenings that helped me come out with useful knowledge when thinking about the food industry and will no doubt influence my future writings and actions.  Here are a few of my highlights:

The Venue:
The Wythe hotel in Williamsburg, Brooklyn, provided a chic setting that was perfectly appropriate for this event.  Although much of the event was held in their basement screening room, I did get to explore the hotel a bit, including the main lobby where their pop-up book shop (and book signings) were held.  The backyard garden area and main event hall were very cool as well, exemplifying the hotel’s simple yet stylish motif which some may call industrial chic.

Food + Growing + Music
The first event I attended was the most lively, featuring a musical duo, Bennett Konesni and Edith Gawler who gave a stunning and interactive performance, showcasing many types of work songs that related back to food.  Paying homage to farmers, foragers, fisherman and various sorts of food purveyors, the songs served as rallying cries for good, honest, hard work and transported us to another world.

The activities that followed were fun as well, and included a walk over to Wythe’s private dining room, where we got to indulge in deliciously hearty, ultra fresh and of course seasonal eats prepared by Chef-Artist, Anne Apparu.

Food + Film
Although a very different event from the former, I found this one most influential, mainly due to the powerful message that came from Fed Up, the feature documentary we watched.  Produced by Laurie David, Fed Up shines a light on why we gain weight by uncovering the sobering effects of the food we put into our bodies from big corporate food producers.  The film was eye opening, a little bit disturbing and scary (maybe a lot), but really empowering as well.  Followed by a Q&A session with Laurie, we found out about the extensive research she undertook to create the film and the amazing people that helped make it the poignant work that it is.  You can view the Fed Up trailer here. 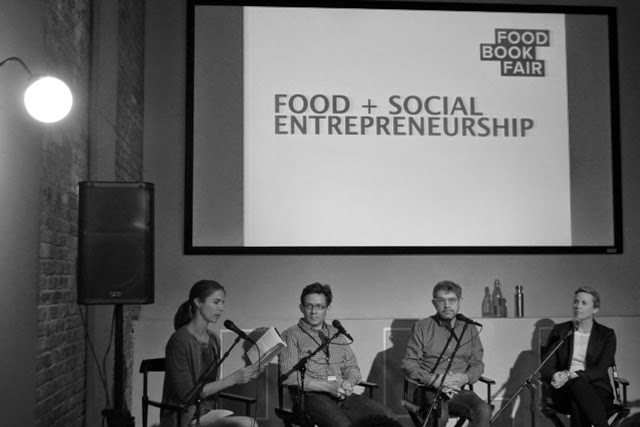 Food + Social Entrepreneurship
Next came a panel about small food businesses and the entrepreneurs who started them, with the mission of encouraging social change and overall socially conscious practices.  Featuring inspiring individuals such as Ellen Gustafson, Co-Founder of FEED and Food Tank; Christophe Hille, CFO of Northern Spy Food Co. and Fleisher’s Grass-fed OrganicMeats, and Steve Hindy, Co-Founder of Brooklyn Brewery, the discussion moved through lively topics such as maintaining socially responsible practices in an expanding business, strategies for effective brand building, philanthropic efforts that make an impact and more.  Overall, it was great to learn how each one of these individuals helps influence change in their communities, how they got their start and in some cases they even shelled out advice for aspiring entrepreneurs. 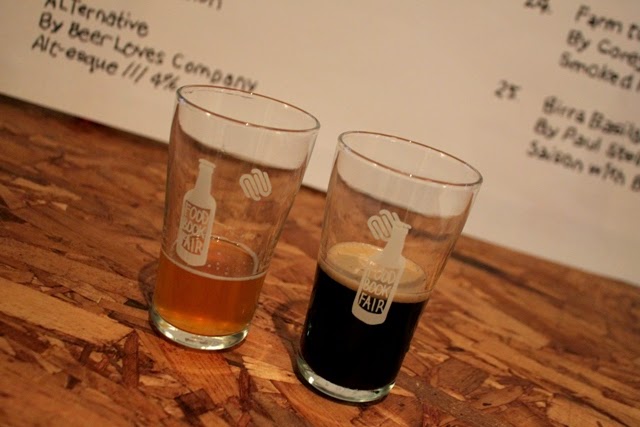 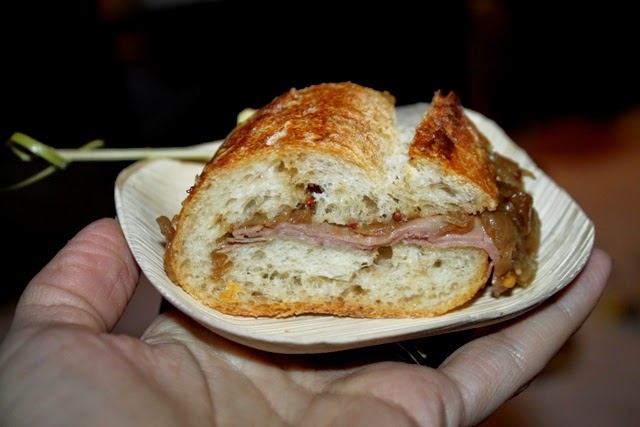 Brew Pub
While we enjoyed all the intelligence mentioned above, at the end of the day, we were so ready to eat and imbibe.  Held at Wythe’s main event hall, the brew pub was an impressive showcase of more than 22 home brewed beers.  From hoppy IPAs to luscious stouts, we got our fix of all sorts of beers that went down well with little bites of Fleisher’s roast beef sandwiches, charcuterie sticks and earthy lamb sausage.  Everyone got to take home a cool souvenir glass from the event, which was a nice memento for this wildly successful event.

To learn more about the Food Book Fair, and the featured authors, artists and purveyors, visit foodbookfair.com
Posted by Fooditka