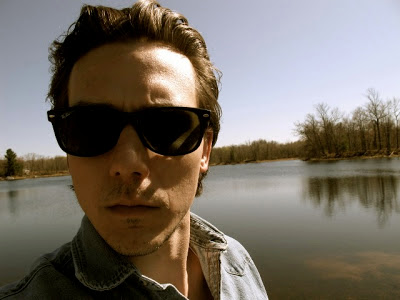 I decided to bring you something a little different today. A NYC review of Cherrywood Kitchen, a newly opened casual eatery, with the help of my colleague and friend, John Figlesthaler. John and I work together in our day gig and realized that we had the love of food in common – and the love of the word too. Being a professional copywriter, John has his way with words but creative writing is where he really shines. See what you think, as I let him take the reins, but I pipe in with 2 cents as well. Enjoy!

Atmosphere:
For an area that is somewhat void of a solid food and drink scene, Cherrywood Kitchen has carved out a nice little space for itself. The interior has a streamlined class to it that is subtly adorned with antiquated bookshelves and other necessities like a well stocked central bar. At our lunch visit (which it just started serving), the place was nearly empty so the service was right on point. Welcoming and offering suggestions, the manager and server steered us towards a hearty and wide-ranging lunch that made it hard to go back to the office instead of having another cocktail and dozing off in a lawn chair. 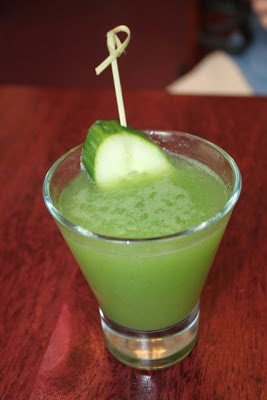 Botanical Gimlet (Hendrick’s Gin, English Cucumber, Lime)  - If gimlets grew out of a magical garden that sprouted when it rained gin, this is what they would taste like. A cool and velvety texture from the pulverized cucumber laced with mild acidity of the lime that run hand in hand with the botanical elements of Hendrick’s. 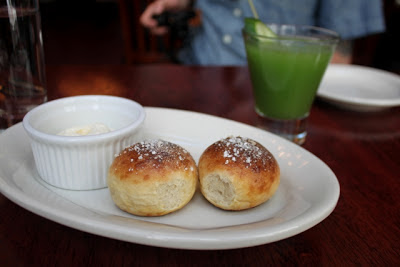 Pretzel Rolls, Whipped Hot Dog Mustard Cream - Probably the most sophisticated ballpark snack I’ve ever tasted – a soft pretzel roll with a well-baked shell and a side of buttery cream that brings out the cheer of a good ‘ol ballpark frank.

Fooditka’s 2 cents – I also enjoyed this prelude to our meal, and I always have a soft spot (pun intended) for a good pretzel roll. The texture of the bread was really appreciated, as it was light and fluffy and not dense as some pretzel rolls can be. The whipped hot dog mustard butter was out of this world – even though I’m not a baseball fan, I couldn’t help but imagine myself at a pitiful Mets game. 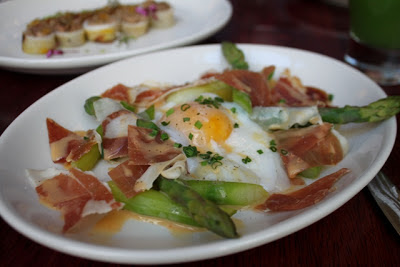 Smoked Asparagus, Serrano Ham, Poached Farmer’s Egg - This classic trio is hard to go wrong with, but this version needed a little something more to knock it up a peg. A bit more smoke essence in the asparagus would have done the trick to comingle more with the ham and the golden liquid yoke.

Fooditka’s 2 cents – Being a huge fan of Serrano ham and anything with a poached egg on top, I was excited. Even though I enjoyed this app, I think it was a bit on the salty side and needed a little pop of something refreshing to lighten it up a tad. 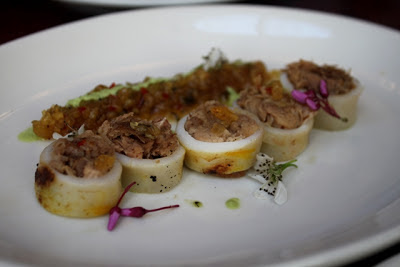 Grilled Squid, Braised Rabbit, Pineapple Salsa - Probably one of the most intriguing “surf and turf” combos I’ve had in a while, the squid rings were grilled just right, no rubber band action, then stuffed with the salty braised bunny and a tangy sweet pineapple salsa on the side to balance it out. The squid and salsa evoked a Caribbean breeze, yet the rabbit seemed to have slyly jumped right in, making it something unexpected and satisfying.


Fooditka’s 2 cents: I appreciated this interesting take on calamari and have never seen anything like it. Stuffed with braised rabbit meat, it was nice to enjoy it in this way, as rabbit has a tendency of being pretty boney, but we didn’t have to worry about that here. Although I loved how the calamari encased the tender rabbit meat, keeping it nice and neat, it got a little outshined by the latter and by the pineapple salsa. Even so, I enjoyed this dish and would recommend trying it for the novelty factor. 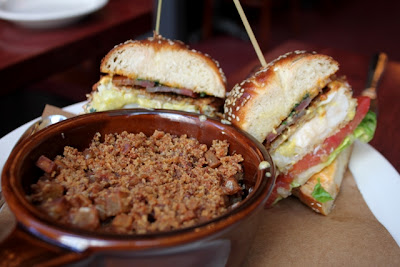 Soft Shell Crab BLT - In a perfect world this would be a readily available at every bar, tavern or watering hole where I may find myself drinking frosty pints of beer. A massive crab, fried to a corn dredge crunch perfection, topped with fat slabs of pepper bacon with the lettuce and tomato for freshness. Squeezed between a soft brioche bun slathered with a slightly chili-ed mayo – this is one hell of a sandwich. Sure, it’s messy, and of course it’s salty, but I wouldn’t have it any other way.

Oh, and how can forget the little clay pot full of French fry ends topped with bacon crumble and cheddar that kept the BLT company. My only complaint with these crispy hash browns was that the cheddar somehow disappeared in the pile of fries and bacon.

Fooditka’s 2 cents: I love a good BLT and couldn’t refuse one with fried soft shell crab. As John already mentioned, it was a messy, get-your-hands-in-there kind of dish, but it was tasty. Another form of surf and turf—this one more casual—I enjoyed the chewy, smoky bacon with the fried goodness of the soft shell crab in one big bite. There was a side of sinful French fry ends with bacon and cheddar – the craziest, maverick move I’ve seen in French fry history :) I like that Cherrywood went no holds barred with this dish. 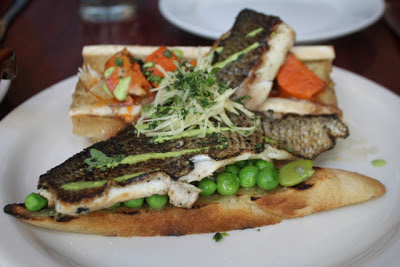 Pan Seared Bass, Bone Marrow, Ankimo - Don’t let the bass fool you here – this wasn’t your usual light and airy pan seared fish dish. This was a decadent celebration of three delicious creatures all on one plate. Right away, the forearm-sized marrow filled bone topped with ankimo (monkfish liver) got my attention as it propped up the bass filet. The fish was seared with a textbook crisp skin and became a righteous vehicle for pairing with bites of the buttery marrow or ankimo, aka the foie gras of the sea. Because each of these proteins on the plate were so naturally rich and heavy on their own, this could have used more than just the crostini with fava beans and peas on top to cut through the (mouthwatering) fattiness. Either way though, this was a pretty freaking good concept that drooled of innovation – you’ve just got to know what you’re getting into when you order it.

Fooditka’s 2 cents: This was a no joke dish, and it had a lot going on the plate – at certain points, you didn’t know where to look first. The pan seared bass was just one component that was actually the lightest thing on the plate, as everything else was super rich and decadent. I found the bone marrow calling my name, so I dug in and slathered it on the already moist crostini with peas. It was extravagant for sure, and not something for the faint of heart, as it was further topped with monkfish liver. The latter component was a bit too much for me, so I stuck to the marrow instead, which in my opinion could’ve been served on the warmer side. Even though I appreciated the inventiveness of this dish, I probably wouldn’t get it again.

Service and Cost:
Cherrywood wasn’t too busy for lunch yet, as I assume people are still hearing about it and probably visiting the restaurant more so during dinner hours. Having said that, the service was attentive and totally personalized and I have no complaints. I like that we were checked on frequently throughout the meal, but in the most unobtrusive way possible.

Costs are moderate for lunch and include: