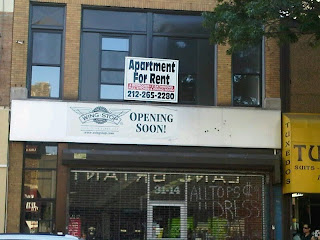 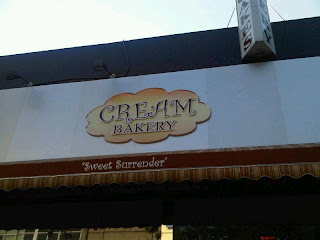 Over the course of almost three years that the Foodista has been in operation, I've acquired many amazing (and loyal) readers who I appreciate and value.  That's why I'd like to dedicate a section to you readers where you can ask any food/restaurant related question that's on your mind.  I'll post questions once a week and open them up for everyone to answer, encouraging a free exchange. A forum of sorts.
Introducing...The Foodista Forum

The first Foodista forum topic is actually two-fold and comes from Emily D who's a fellow Astoria resident.  Noticing two new food businesses in the nabe, that promise to open soon, she's been wondering just when.

The first one is a place called Wing Stop on 31-14 Steinway Street, which is actually a wing chain franchise based in Texas.  They boast 9 flavors of wings including hickory smoked BBQ, cajun, lemon pepper and more!

Do you know...when will it open?

And the second question is about a new bakery called Cream Bakery also on Steinway Street just past Broadway.  The awning looks really enticing and it'll be very cool to welcome a new interesting bakery in this part of the neighborhood.  I hope cupcakes are in store!

Anyone know what its plans are?

Feel free to chime in and offer up your 2 cents.  Also, if you have a question of your own that you'd like me to post in the next Foodista Forum, email me.
Posted by Fooditka