Milan's - My Roots Called So I Answered 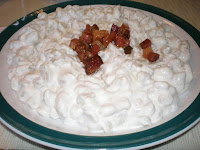 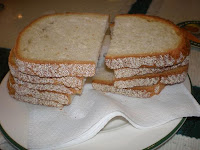 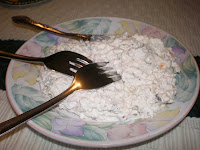 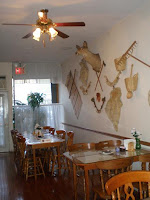 Milan's Restaurant - 710 5th Avenue, Brooklyn, NY 11215
718.788.7384
D Train to 25th Street
www.milanrestaurantny.com
I was talking with my family friend Ivona about the Slovak-Czech Varieties Store in Long Island City. She mentioned how much she loves it and that she sends goodies from there to her sister Denisa in Texas. Our nostalgic talk sparked up a good idea and the next thing I knew, I was in Brooklyn at Milan's Restaurant with Ivona and another friend Edita, eating our beloved Slovak delicacy, Bryndzove Halusky.
Atmosphere:
Although the name could be deceiving in the states, Milan's has nothing to do with Italy and everything to do with Slovakia and the Czech Republic. And if you're curious, Milan happens to be a popular male name in Slovakia and is of course the name of this restaurant's proud owner. We had the pleasure of meeting Milan himself and shooting the s*%#t with him--he's quite the character but more on that later.
Visually, Milan's is the epitome of a typical Slovak restaurant--so much so that you can't help but think to yourself "Toto, we're not in Brooklyn anymore." The restaurant is divided into two sections--the everyday dining room and the special occasions private room. I prefer the private room and wish that it was open for regular dining. While this area boasts charming wooden tables and chairs, Slovak crafts and even a stuffed deer's head on the wall, the main room is as simple as can be. In it, you'll find hard tables and chairs with an 80's look and small vases with faux flowers that serve as centerpieces. Although I didn't hear any background music this time, my friends told me that on occasion you'll hear Slovak folk and modern pop tunes coming from the speakers.
Food:
It's evident that we didn't come to Milan's for the atmosphere--our visit was strictly for our beloved Slovak food, Bryndzove Halusky. But before I go into a Halusky hallucination, let me tell you more about our starters and drinks.
Treska and Chlieb:
Treska is a type of fish salad that you'll mostly find in Slovakia--and of course at Milan's. It's a type of cold, sour white fish salad that's much better than a typical white fish found at your local deli. For starters, it's made from a fillet of sole and is enhanced by onions, carrots, mustard and lots of yummy mayonnaise. It tastes best when spread on fresh country bread (or chlieb).
Milan's Treska was amazing--very fresh and very spreadable. The tanginess of the mayo was the best part and I had a hard time not slathering my bread with it for a third time. Ivona and Edita were strategic about their treska consumption--they didn't let any go to waste an in fact bought tubs of it to bring home. Milan's sells these individually and they look like little cream cheese tubs. I managed to snag one as well and am reaping the benefits as we speak.
The Beer:
Ivona and Edita were looking forward to this like no other. And they were right--the beer here is more like a work of art rather than an alcoholic beverage meant for consumption. It comes in a large pint glass with lots of fluffy foam on top--enough to make a Slovak drool. My dining companions went for the Staropramen (Czech beer) while I ordered the Zlaty Bazant (Slovak beer). Both were incredible and enhanced the flavor of our food.
Bryndzove Halusky:
Why is this the best and most coveted Slovak food? It's all in the cheese (or bryndza) that (again) can't be found in most places in the states. It's a sheep's cottage cheese that's ultra creamy and obscenely hearty. Pair this with the gnocchi-like, potato dumplings (halusky) and you got a winning combination. In American terms: think of the best macaroni and cheese you've ever had and multiply that by 100--that's Bryndzove Halusky.
We got a triple order of these sinful dumplings--Edita and I went for the bacon topping while Ivona opted for the cooked onion. They were pure heaven both literally and figuratively. Why? Well, they looked like little soft clouds that you just wanted to bounce on. The bryndza was warm, melted and so thick that we couldn't finish our generous portion. Despite taking more than half of my portion home, I managed to pick out all the thick cut bacon and eat it on the spot. I secretly wished that there was more but it was probably better that there wasn't. My dining companions agreed--they devoured their dishes and took most of their portions home.
Besides the dishes I just mentioned, Milan's serves a variety of Eastern European specialties such as Hungarian Goulash, fried cheese with tartar sauce, homemade Kielbasa, stuffed cabbage and much more.
Service and Cost:
There's much to say about the service because upon stepping into Milan's, you're treated like a friend and a part of the family. We of course spoke to our waiter, Milan himself, in our mother tongue and he was loving it. He got so chummy with us at the end of the meal that he shared some of his neighborhood secrets with us and even gave us chocolates and a treska on the house--what a guy! He's a genuinely nice, hard-working man with a lot of character and Slovak pride.
You can't go wrong with Milan's when it comes to cost. Everything is super reasonable and as I noted, the portions are so large that you're getting incredible value. Our Halusky was $7.50 per plate and that's a dinner portion! Treska was on the house but we bought so many extra tubs to take home that Milan was happy to accommodate us. The beers are cheap too--$4 for a pint of authentic Czech beer. Where else can you get such a deal?
3 Times 10 Mmmms
Posted by Fooditka